Today is an anniversary for me - it was five years ago I took delivery of my first DSLR.  Like just about everyone, I had taken pictures - snapshots - since I was a kid.  I got the DSLR because I wanted to take better pictures.  Prior to getting this DSLR, I had taken my point-and-shoot camera to my kids soccer game and discovered it didn't do a very good job - the images weren't clear and I couldn't zoom in enough.  Like many people, I figured a better camera would get better photos.

I didn't know the Nikon D80 I got was a crop sensor or that the 18-200mm lens wasn't very fast.  I had heard that the pop-up flashes on DSLR's weren't very powerful so I got a speedlight with the camera - a Nikon SB-600.  Being a bit of a tech geek, the first question I wanted to answer was whether the camera would really fire the flash if the flash wasn't mounted on the camera.  So I carefully mounted the lens on the body (at the time, this was something I hoped to only need to do once) and tried my experiment.  This was the first frame I shot. 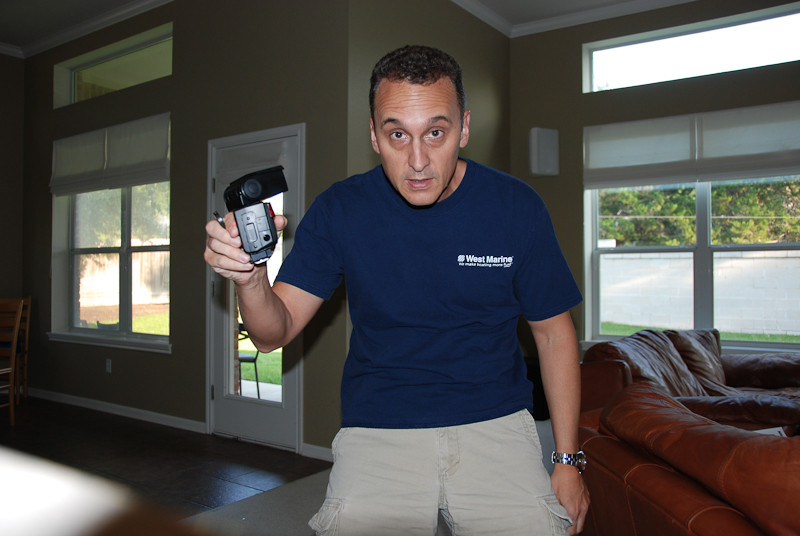 It didn't work - the pop-up flash fired but not my speedlight.  To get everything to work properly took about eight more frames.

And so began my journey into my passion of photography.  Before long, I was seeking information, knowledge and experience everywhere I could find.  And, somewhere along the way, people started to take notice and my photos made their way to magazine covers, a billboard, marketing materials and more.  My biggest joy became sharing the information I'd learned.  I started a photography group and held workshops.  Today, that group has over 750 members and is one of the highest rated groups in the country.  I've been teaching in the largest online photography school, Bryan Peterson's "Perfect Picture School of Photography", as well as locally at Precision Camera, the nation's leading independent camera shop.  I've had the privilege of working with extremely talented and accomplished people like makeup and wig stylist Allison Lowery and Photoshop guru and designer extraordinaire Mark Heaps.  While all of this was happening, I was hoping they wouldn't discover that I was new to all of this.

Of course, the list of people I've been fortunate enough to work with doesn't end there - I've been privileged to work with many amazing models, stylists and photographers who make me look like I know what I'm doing.

Most of all, I've had the emotional support of my beautiful girlfriend, Francie.  She's the first person who patiently let me shoot her.  She's the one who's so exceptionally beautiful and photogenic that she fooled me into thinking the beautiful images were a result of my work.  I've since learned that the best photos are due to, in large part, the person in front of the camera as much as anything.

So today I feel like I've completed a first step in this journey.  Today I feel like I understand the basics of photography and I know there is much that I still have to learn.  I wonder where I'll be in five more years.